The following article was originally published in the Columbian

Freshman is her own swim team at La Center

She tried a lot of sports. In the end, swimming kind of chose her.

After all, the way she looks at sports, she did not have many other options.

“I don’t like running. I don’t have hand-eye coordination. All the sports that you use a ball, I was always afraid of the ball,” freshman Hailey Grotte said. “In swimming you don’t really sweat, you don’t have to run, and you can’t get hit by a ball. It just kind of fits. I really love being in the water, too.”

With that settled, all Grotte needed was a high school team.

Or, she could just become the team.

Grotte is believed to be the first girl to represent La Center in swimming. She practices with Hockinson’s squad, competes when the Hawks compete, but she can only score points for the Wildcats.

So when one reads the paper and notices La Center’s team scores, just know, those are all from Hailey Grotte.

Grotte and her family talked to the La Center athletic director when Hailey was in the sixth grade.

“You’ve got three years to start doing this,” Hailey said with a smile.

“I remember those conversations,” La Center athletic director Matt Cooke said. “Two years ago, I started e-mailing ADs. It worked out with Hockinson.”

A small school can have its limitations for athletes in individual sports. But with planning and optimism, things can be accomplished.

Sure enough, Cooke, La Center, and Hockinson figured out a plan for a co-op. Just like that, La Center had a girls swim team.

“We are very appreciative that La Center would do that,” said Hailey’s mother, Heather Grotte. “It’s a big commitment by a school district for one person. And we’re thankful for Hockinson for taking a person who can’t score points for them.”

“I thought it would be fun and a little bit more relaxing and I’d get to meet different people,” Grotte said. “I love my club. Just thought it was time to try something else.”

A month into her first high school sports season, Hailey said she has found a home with the Hawks.

“I love ’em. It’s like another family,” she said. “I’ve really got to know them. When you’re on a swim team, you really get to know the people. You bond so easily. They really do become your family.”

Her teammates wear Hockinson swim caps. She proudly displays the LC on her cap. They cheer for one another.

“The school names matter but they don’t really matter. I feel like I’m on Hockinson,” Grotte said.

Of course, she is starting to become accustomed to being part of something different at her own school.

“Most of my close friends knew. Then word got around. People talk. More people noticed when I got state times and athlete of the week,” she said.

Oh yes. Forgot to mention. Grotte is not only the first to represent La Center girls swimming, she is the first to qualify for state — already. She is not just a swimmer. She is a talent who figures on a long, successful high school career.

When the community learned she was nominated for The Columbian’s high school athlete of the week, there was a La Center blitz on the online vote. Just like many of her races, she won, easily.

“You get a lot of attention,” Grotte acknowledged. “I’m not one who loves the attention but once in a while it’s kind of nice.”

In the future, Grotte hopes to be one of many swimming Wildcats. She said there is an eighth-grader in La Center who is interested in competing for the high school. Plus she knows of classmates who would be willing to dive into the pool in the future.

“People would have if they actually knew we had a team. ‘What? We have a swim team?’ I want teammates from my school,” Grotte said. “I think it would be kind of cool.”

For now, Hailey Grotte is alone.

Grotte lives in Battle Ground but has attended La Center schools her whole life because her parents are teachers in La Center. So a typical day for Hailey is a traveling tour of Clark County. Home, school, practice or meets — all in different locales.

Plus she was a straight-A student in middle school and expects to maintain that record in high school.

It’s the kind of drive that has made her one of the top swimmers in the region.

The kind of drive that led to her becoming her own high school swimming team. 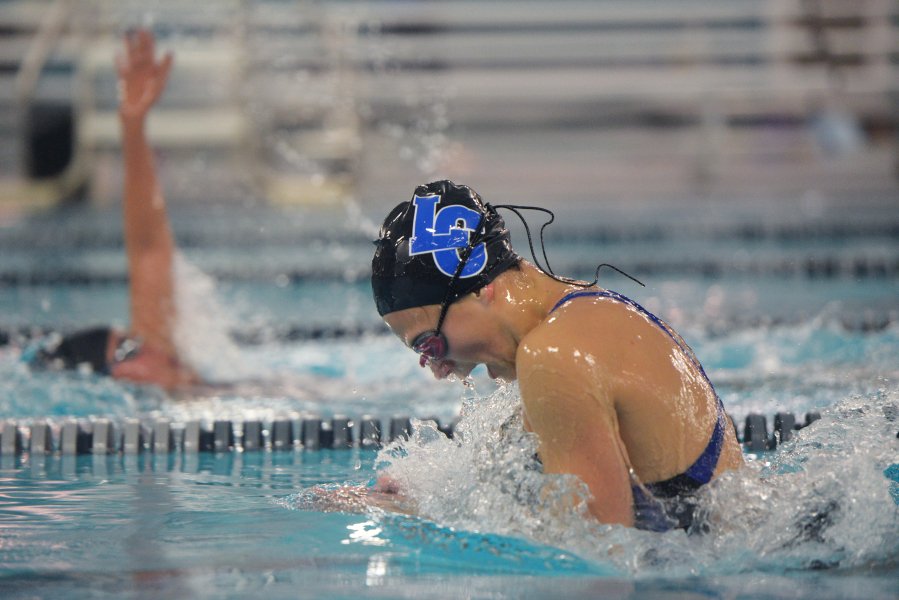 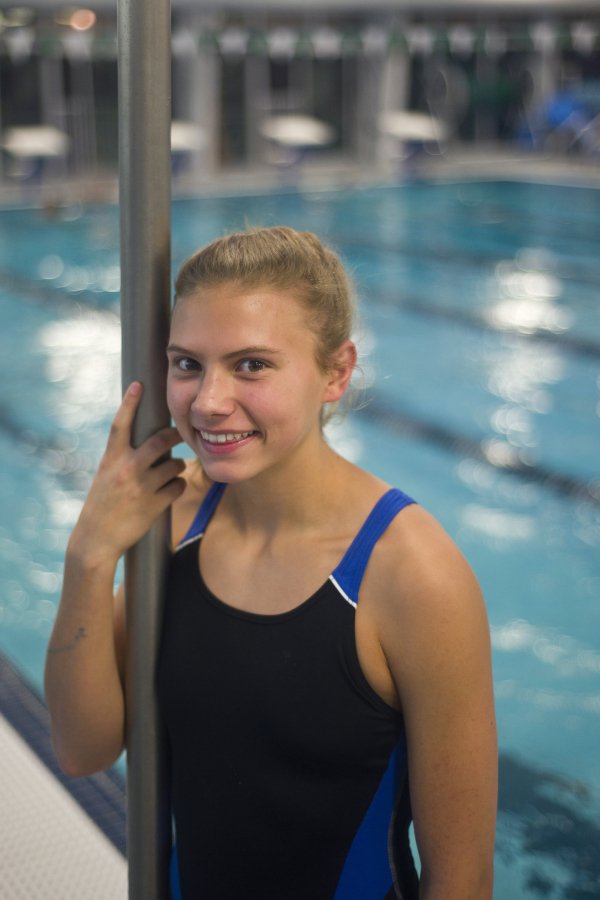